MVSU to hold its 70th Commencement on May 7, Ifa Bayeza to serve as speaker 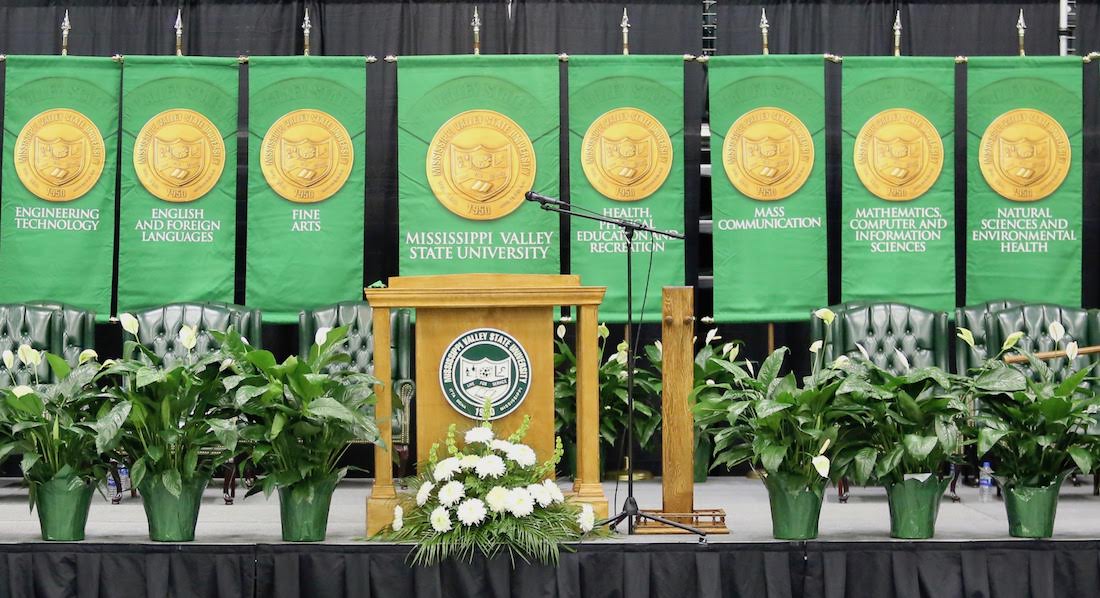 Mississippi Valley State University will hold its 70th Commencement exercise at 8 a.m., on Saturday, May 7, 2022, on the Chuck Prophet football field of the Rice-Totten Stadium.

Graduates are not limited in the number of guests allowed to the event. However, in the event of inclement weather, graduates will be allowed only four guests, and the ceremony will be moved indoors to the Walter Roberts Auditorium in the H.G. Carpenter. Tickets are not required for attendance at the stadium.

The commencement speaker for this year’s ceremony will be Ifa Bayeza, an award-winning playwright, director, composer, novelist, and educator.

A finalist for the 2020 Herb Alpert Award in Theatre and the 2020 Francesca Primus Prize, Bayeza was the inaugural Humanist-in-Residence at the National Endowment for the Humanities and is a 2022 MacDowell Fellow.

She works through creative nonfiction and fictional lens to explore pivotal intersections of race throughout history and in the present. Her critically acclaimed drama, The Ballad of Emmett Till, received a Eugene O’Neill National Playwrights Conference fellowship and premiered at the Goodman Theatre in Chicago in 2008, winning the Mystery Writers of America Edgar Award for Best Play.

Through a commission from the National Trust for Historic Preservation, she is an “artist-in-digital-residence,” guiding a group of eleven writers in reimagining the history and future of the sugarcane plantation home Shadows-on-the-Teche in New Iberia, Louisiana. She also has been commissioned to create two Underground Railroad dramas.