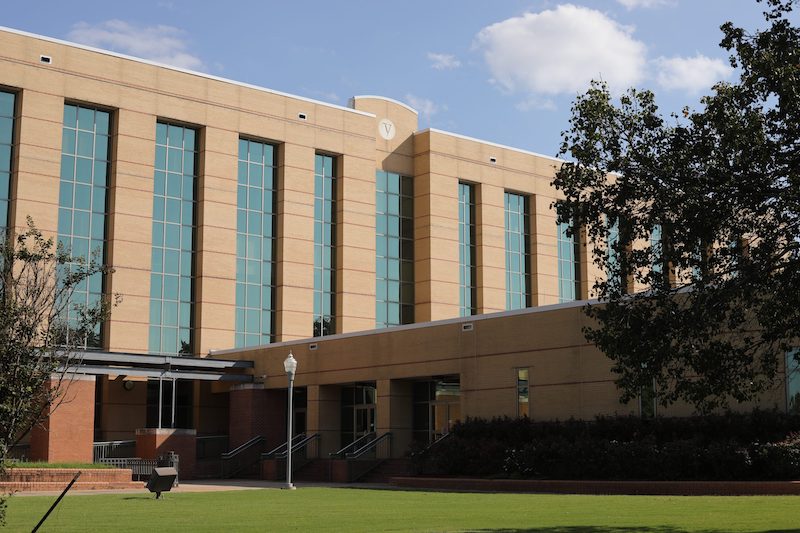 Incarcerated people at two prisons in the Delta will be able to start earning four-year degrees from Mississippi Valley State University this fall for the first time in more than two decades.

Seven colleges and nonprofits currently offer for-credit college classes and vocational courses in prisons in Mississippi. Still, PEPP will be the first program run by a Historically Black college in the state.

Provost Kathie Stromile Golden said that's significant because while people of any race can participate in the program, incarcerated people are disproportionately Black in Mississippi. So PEPP will be a way for them to form a connection with an institution of the Black community on the outside.

"Many incarcerated people are parents and relatives of our students," Stromile Golden said. "It's in our best interest to do something like this because these are the very same people who will come back to our community."

Rochelle McGee-Cobbs, an associate professor of criminal justice who will be the director of PEPP, worked with faculty and administration over the last year to set up the prison education program. She made multiple trips to the prisons to meet with potential students, bringing paper applications because they didn't have access to computers to apply online.

McGee-Cobbs said, "the students expressed interest in business administration, computer science, and engineering technology courses, so those are the majors that Valley State is planning to offer."

She doesn't know yet what courses PEPP will offer in the fall because that will depend on the student's transcripts, which she drove to Bolivar County on a Thursday in June to collect." At Mississippi Valley State University, regardless of where a student is when they come in, we try to make sure that we nourish them," McGee-Cobbs said." We try to make sure that we cater to the needs of each student."

Stromile Golden said Valley won't know until the fall how many faculty will teach in the program. Instructors will be paid for travel to the prisons, but the university is determining whether instructors will reach courses as part of their regular load or as an additional class.

Faculty who elect to participate in the program will receive training from Jamii Sisterhood, a nonprofit that works to increase the number of Black people teaching in prisons. Stromile Golden said the training, which is supported by a grant from Project Freedom, will emphasize culturally competent approaches to teaching incarcerated students without adopting a "savio" mindset, which can be demeaning." "Teaching inside is not the same as teaching outside," she said.

ValleyState'ss incarcerated students will have access to the university's counseling and financial aid offices. Stromile Golden and McGee-Cobbs are also working to partner with re-entry programs to assist students when they are released.

College prisons like PEPP, supported by federal financial aid that incarcerated people need to afford classes, were the norm for decades. That changed when President Bill Clinton revoked access to Pell Grants in the 1994 crime bill as a way to look" "tough on crime" Hundreds of college prison programs shut down, cut off from the public funding that made them viable.

Over the last 15 years, as incarceration has become more expensive due to the growing population, lawmakers have started revisiting prison education programs, which studies repeatedly have shown to reduce recidivism.

Second Chance Pell, the program Valley State is participating in, was started in 2015 as an" "experiment" by President Barack Obama's administration to give incarcerated people access to Pell Grants. In December 2020, Congress passed a law restoring full access to Pell Grants regardless of a person's sentence.

In Mississippi, Burl Cain, the Department of Corrections commissioner, has supported prison education programs and restoring access to Pell Grants for incarcerated people as" "a huge opportunity to cut costs" Cain has met with Holmes Community College and Mississippi Gulf Coast Community College, which also participate in the Second Chance Pell program." "We need this training and skills in the prison to cut costs because not only do classes keep prisoners focused and calm, we need the training so they can train other prisoners to help us run the prison," he said in an MDOC press release.

The emphasis on prison education as a way to reduce recidivism can also be seen in the guidelines for Second Chance Pell. According to a USDOE fact sheet, participating schools should "only enroll students in postsecondary education and training programs that prepare them for high-demand occupations from which they are not legally barred from entering due to restrictions on formerly incarcerated individuals obtaining any necessary licenses or certifications for those occupations."

Stromile Golden said that ValleyState'ss prison education program is also a form of "restorative justice," an approach to criminal justice that involves addressing how an act of harm has affected a whole community, not just the perpetrator and the victim." "For African Americans, this is part of our legacy, and we are all steeped in the Baptist church code that says," forgive, forgive, forgive" But for the grace of God, easily any of us could be on the other side of it," she said." "From my perspective, it's the right thing to do. It's needed. It's a win-win for our community."